There are few things better in life than reading a good sailing book whilst sailing! To go off watch, curl up in a warm sleeping bag and read about your favourite sailing adventure is pure bliss. The background sounds of the wind in the rigging, the water lapping at the bow and the odd crackle of noise on the vhf are perfect accompaniment to any sailing story. More so than ever you feel as if you are reliving the story with the author.

So many authors have been inspired by the sea and there are therefore hundreds of books to choose from.

Here is a list of our top ten sailing books: 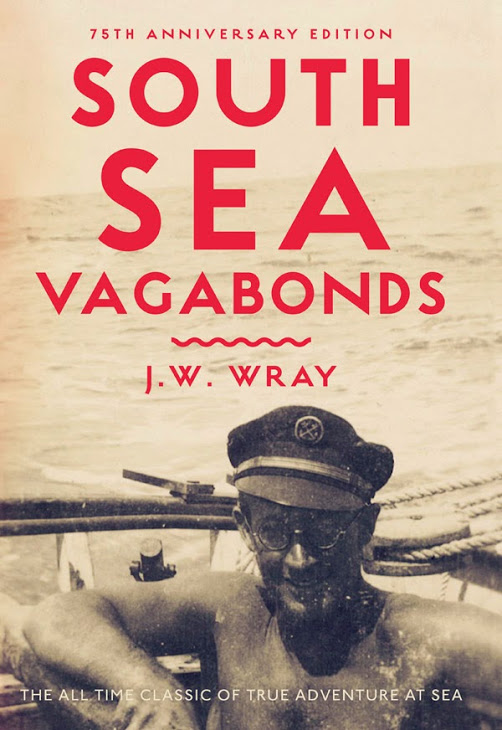 One of the best sailing adventure books ever written. With no money and very little skill John Wray sets about building his own yacht, cobbles together some crew and then sets sail on a Pacific adventure. He is driven by an insatiable passion that as a reader can become quite contagious. The story is very inspiring and hugely entertaining. 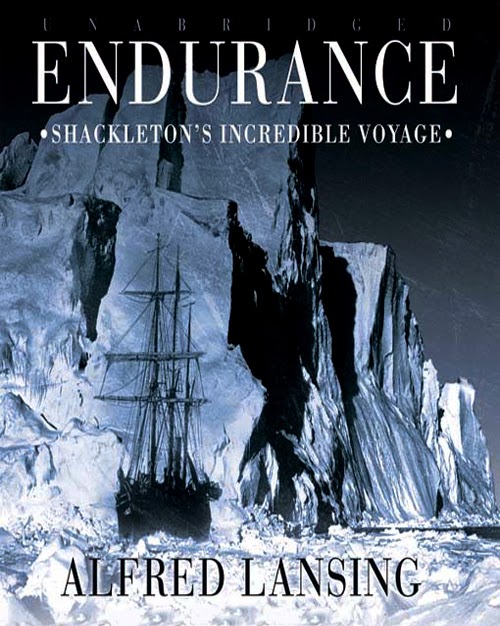 Endurance really is the ultimate survival story. Alfred Lansing uses extracts from the diaries of the 28 men involved to recount this famous and extraordinary feat of human determination and courage. Shackleton and his team manage to survive for 2 years in the harsh and freezing Antarctic. With a fast pace, this book is a thrilling read. 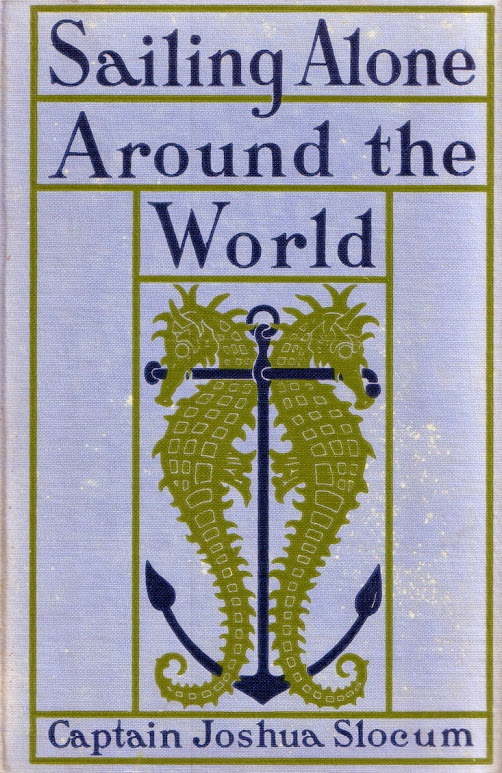 Joshua Slocum has been an inspiration to so many. His epic solo voyage around the world started in 1895 and ever since he and his famous vessel ‘Spray’ has captivated the imaginations of sailors everywhere. Joshua Slocum is as good an author as he is a sailor – and he is probably the best sailor to have ever lived. 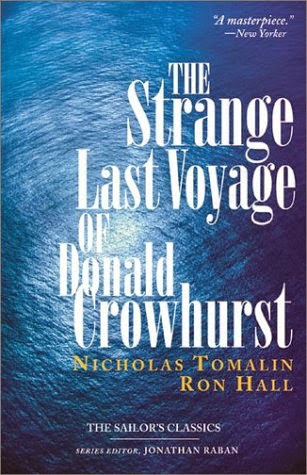 Donald Crowhurst set sail on board his vessel ‘Teignmouth Electron’ in 1968. He was attempting to become the first ever person to sail around the world non-stop. He was ill prepared and his boat was clearly not up to the task at hand. Perhaps it was the solitude or the financial pressure, but Donald Crowhurst created an elaborate hoax that he thought would save him, but in the end added to his downfall and psychological demise. A powerful book about a terrible human tragedy. 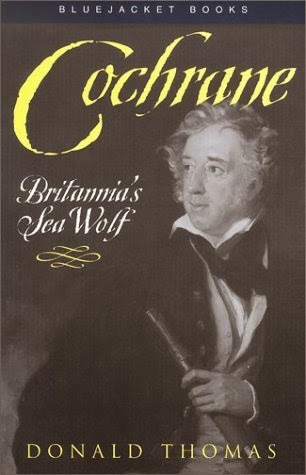 A historical biography about the amazing life of Lord Cochrane. Against incredible odds Lord Cochrane defeats numerous ships during the Napoleonic era. Later in life he becomes a radical politician. He is imprisoned, then escapes and ends up commanding the Chilean Navy. Donald Thomas delivers this rip-roaring story in a compelling and captivating way. If you like Hornblower or Master and Commander then you must read about Lord Cochrane! 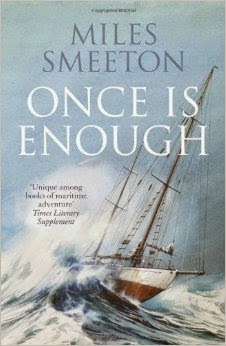 A first hand account of a disastrous trip around Cape Horn! In a huge sea their 46ft vessel ‘Tzu Hang’ is pitch polled. Very lucky to survive, Miles Smeeton and his crew end up drifting to the Chilean coast where they spend 10 months making repairs. On their second attempt they were once again capsized and dismasted. This book is a timeless and compelling read; it serves as the perfect reminder of how powerful and potentially devastating the sea can be. 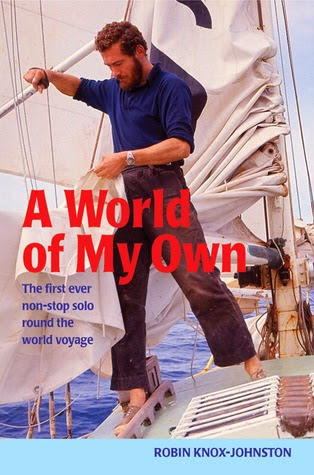 Sir Robin Knox-Johnston is a sailing legend. This is the story of his ten and a half month single handed trip around the world that put him in the record books. In 1969 Sir Robin, on board his 32 ft vessel ‘Suhaili’, became the first person to circumnavigate the world solo and non-stop. An extraordinary tale of courage and bravery, ‘A world of my own’ is gripping from start to finish, honest, humorous and excellently written. 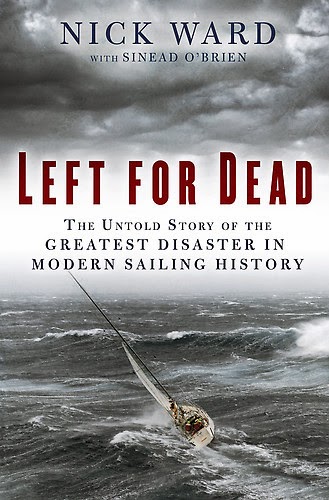 A horrific storm brought devastation during the infamous Fastnet Race in 1979 causing 15 sailors to lose their lives. Nick Ward was on board one of the vessels that capsized. His skipper had already been lost overboard, he was unconscious and his crew members abandoned the yacht in a life raft as they had presumed he was dead. It took nearly 30 years before Nick Ward was able to retell the story. The book includes vivid descriptions; it is a compelling and haunting journey of desperate survival – utterly absorbing from start to finish. 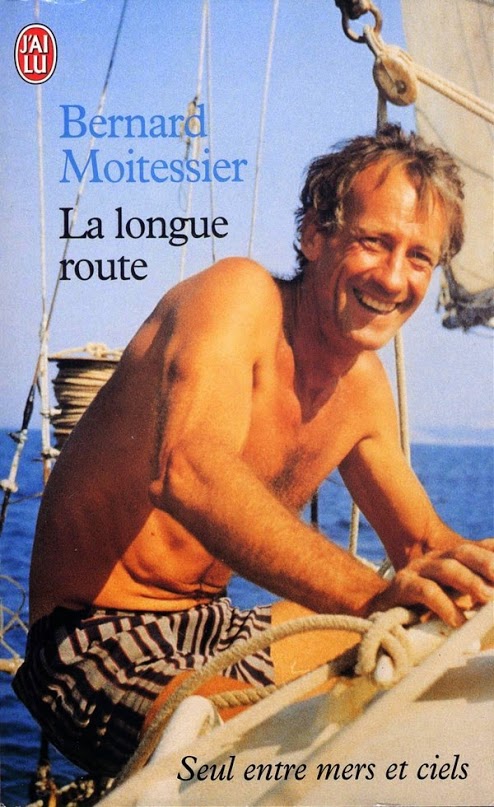 Bernard Moitessier could have won the Sunday Times Golden Globe Race in 1969 (by becoming the first person to sail non-stop and single handed around the world), but instead he chose to carry on and go round again! Bernard Moistessier was a mystical and poetic sailor and this account of his journey is a very non-typical description of life on the ocean wave. A philosophical and inspiring book that is a must read for anyone who enjoys long distance sailing.

10)  The Lonely Sea and The Sky – Francis Chichester 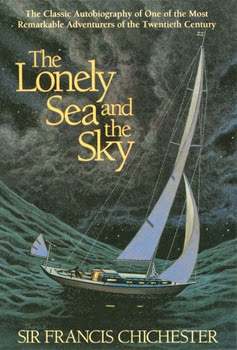 Sir Francis Chichester is one of the greatest adventurers of all time. This is an autobiography that celebrates the achievements and personal triumphs of a man who really new how to live life to the full. He suffered with severe illness but didn’t let it get in the way of his dreams. A fantastic sailor and marvellous aviator, Sir Francis Chichester is a true inspiration. The book is informative and enthralling in equal measures.