For the last three years, Halcyon Yachts has been supporting Greig City Academy’s dream of entering the Rolex Fastnet Race, supplying training and racing Skippers and mates plus providing shore-based backup and technical support. This year that dream came true!

6th form head Jon Holt has been the driving force behind the project to get the 1981 45 foot ex-Admirals Cup yacht called Scaramouche, up to peak performance and to the start line. The yacht is crewed by pupils aged between 15 and 16 who were all novices before they got involved in the Project. The yacht is used virtually every weekend by the school to give taster sessions to those pupils who have never sailed before or to the Race Team who hone their skills ready for the next challenge. She is based in Town Quay, Southampton. To date over 120 young people have had the opportunity to sail on the yacht. Not only do the pupils sail the yacht, they get involved in raising funds to keep the project running, and regularly give talks to companies and organisations in return for donations. In 2017 alone, they have given 50 talks (including one at Buckingham Palace). 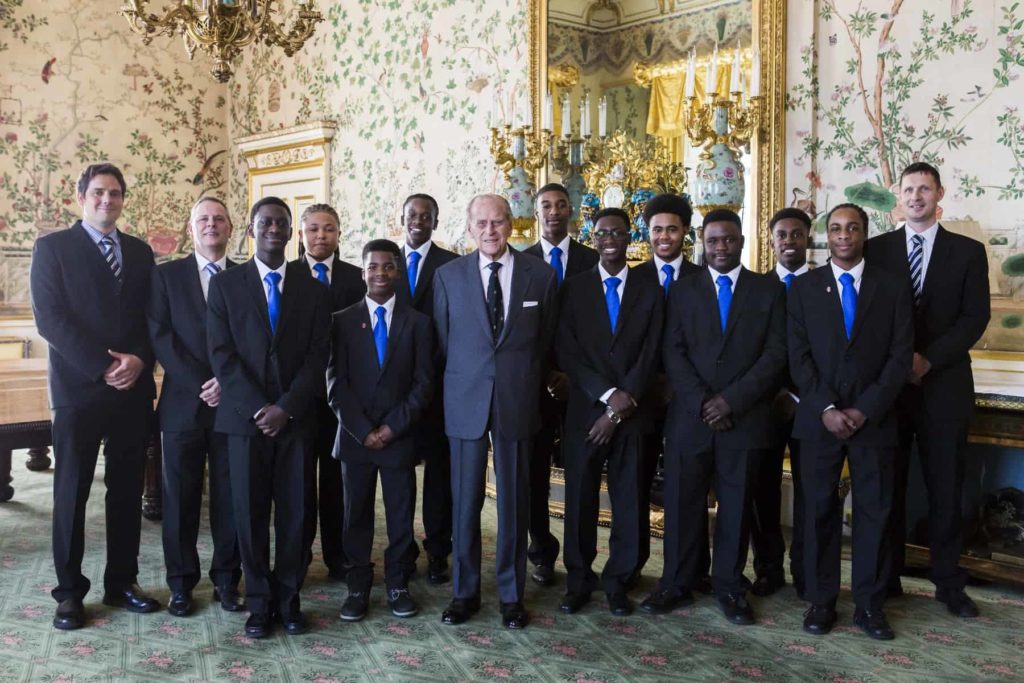 After winning their first-ever race in 2015, the pupils then got involved in the Round the Island Race in 2016 and then again in 2017. They set their goal of competing in the 2017 Rolex Fastnet Race after a great 2016 on the water. However, entering this race isn’t straightforward – not only do you first have to get an entry (all 300 IRC places were taken within 10 minutes of entries being open in early January) you also then must qualify. The pupils had to race at least 300 nautical miles in some of the RORC qualifying offshore races before having their entry confirmed. After some tough offshore racing and a steep learning curve, they qualified after the Cowes to St Malo race in July. 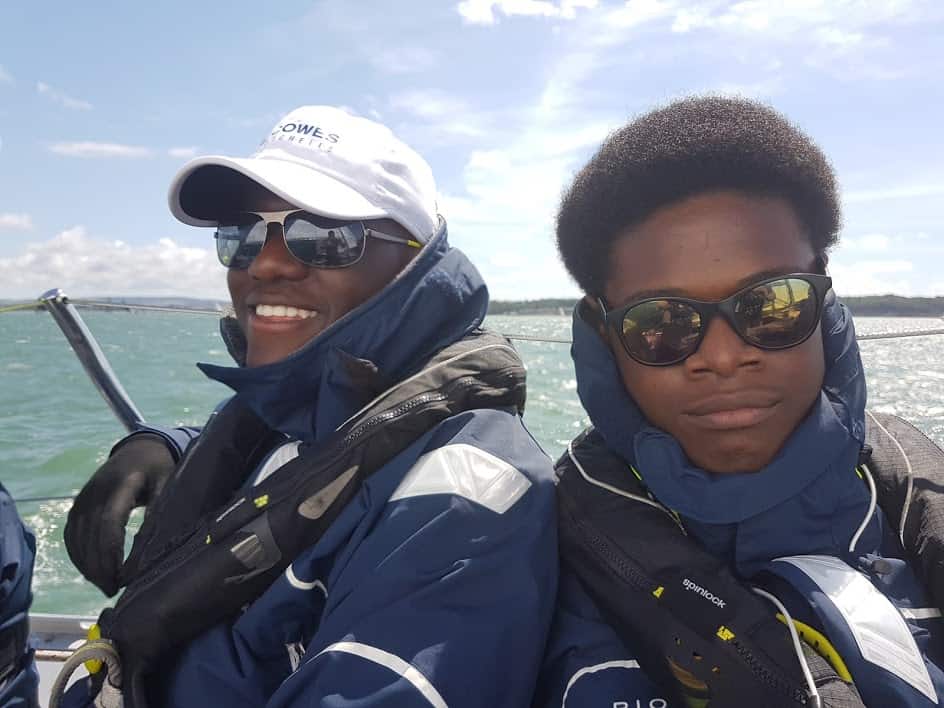 The Rolex Fastnet Race is 650 nautical miles starting from Cowes, Isle of Wight. The route takes the yachts west through the English Channel and out around the Fastnet Rock off the South coast of Ireland and then back around the Scilly Isles to the finish line at Plymouth. This race has an infamous past and is hailed one of the toughest offshore yacht races in the world. It is on the bucket-list of almost every sailor and is spoken about in great reverence. Just to get to the start line is an achievement in itself. 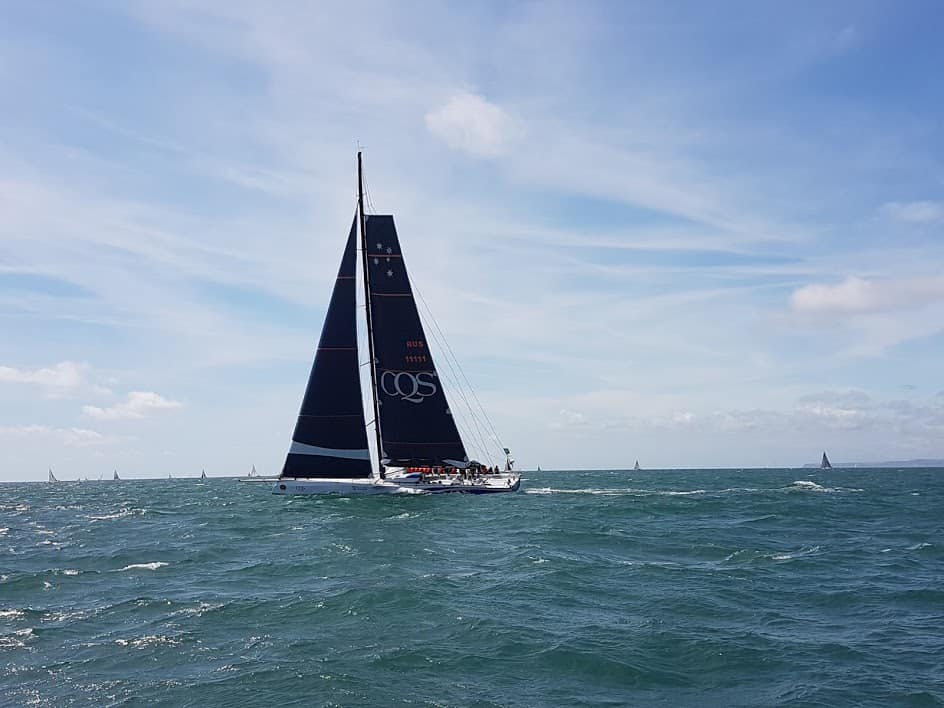 Scaramouche lined up with 380 other yachts on August 6th, including the Volvo Ocean Fleet, Open 60’s, Class 40’s and the mega superyachts Rambler and CQS. Amazing race yachts were just everywhere! With a building southwesterly breeze and a reasonable forecast for the days ahead, the team were confident of giving it their best shot, and race strategy was definitely to play a huge role in the eventual outcome. 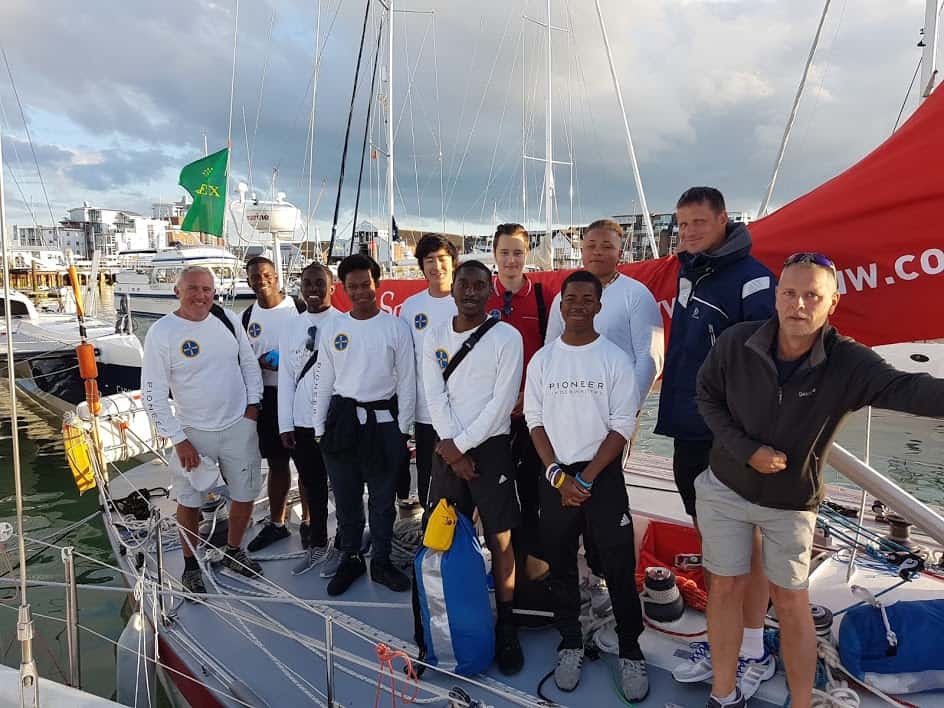 Scaramouche was sailed by a team of 8 boys and 2 teachers from Greig City Academy plus 3 professional sailors, all provided by Halcyon Yachts. The most time the team had ever spent at sea was 2 nights, so there was a great deal of trepidation but excitement onboard as they tacked out of the Solent and into the Channel as night fell. With a good breeze, Scaramouche comes into her own, and after the first 24 hours and some great tactical decisions, the team were in the top 10 in their class. Keeping up the momentum is always difficult and on rounding the Fastnet Rock after 48 hours, the team were still mid-fleet in class, but more importantly in the top half of the fleet overall, impressive stuff! 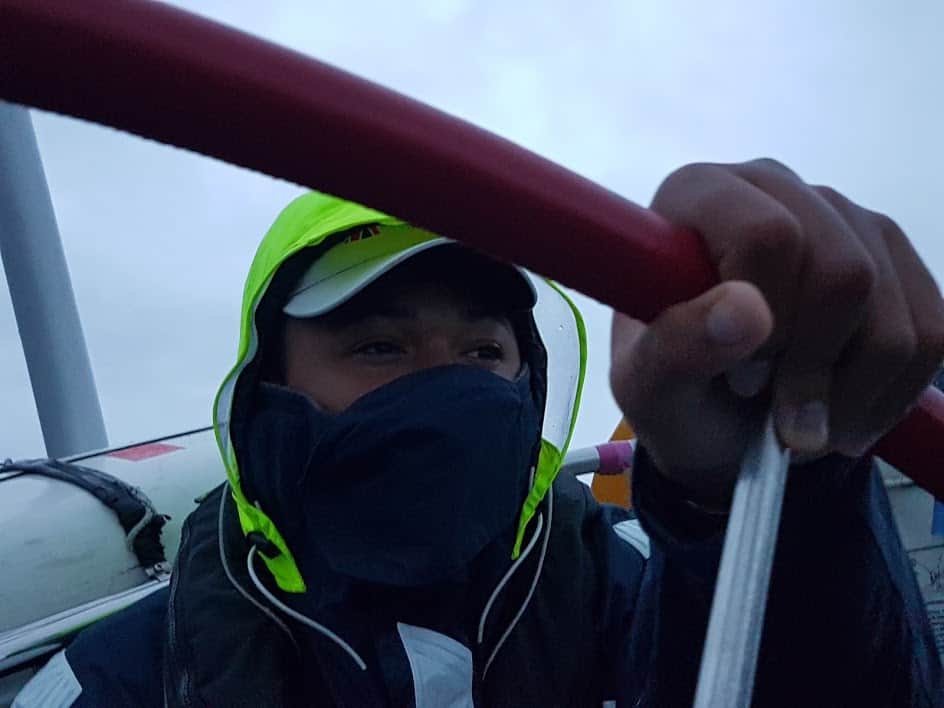 After 5 nights at sea and a few dramas including a shredded spinnaker, Scaramouche finished in Plymouth in the early hours on Friday 11th August, finishing 36th out of 75 in class and 144th overall out of 288 starters. This means Scaramouche finished exactly halfway in the fleet, an amazing achievement for a team of 16-year-olds! Greig City Academy is now the first state school to have entered and finished the 650 nm Fastnet Race. 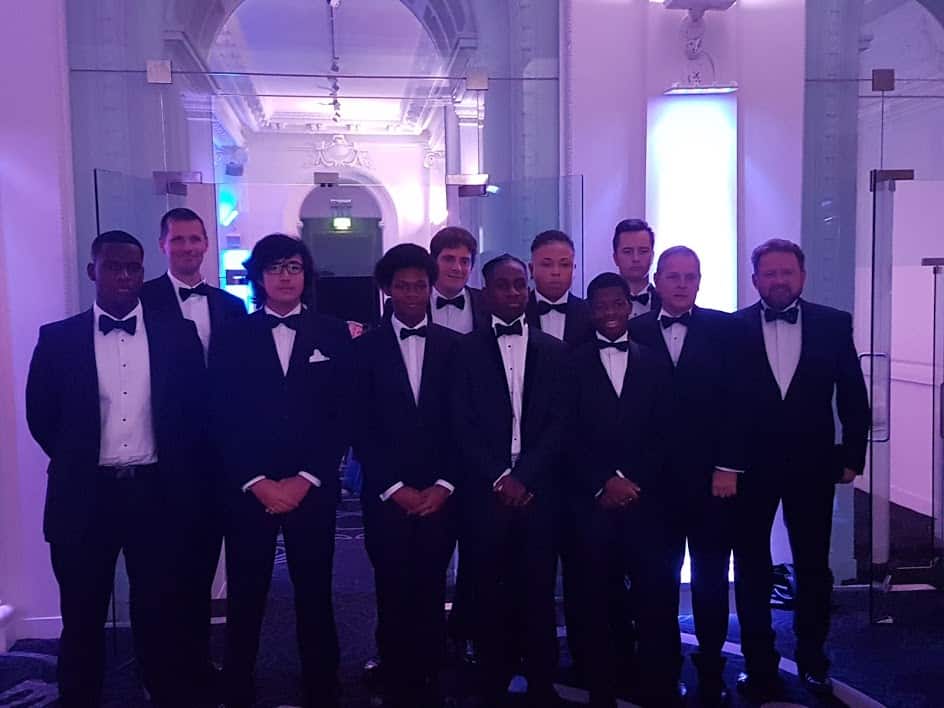 Since the completion of the Fastnet Race and the 2017 offshore racing season, Project Scaramouche has been nationally recognised for their amazing achievements this year. They were recently honoured guests at the Royal Ocean Racing Club’s annual dinner with a special mention for their successes and they have just been awarded the Royal Yachting Association (RYA) Endeavour Award, presented to them in London by HRH Princess Anne. They were also interviewed in the studio on BBC Breakfast television highlighting the project and what it means to everyone at the school.

We are very proud of them!

Halcyon Yachts Ltd is a dedicated international yacht delivery specialist with highly experienced and qualified crew. For more information or to see details of their recent deliveries please visit https://halcyonyachts.com/