New guidance for yachts interacting with Orca off the Iberian Coastline:  7th May 2021

Orca encounter during the yacht  delivery of a Lagoon Catamaran:

According to Orca Iberia, “The whales were reported touching, pushing and even pivoting the boats, which in some cases resulted in damages at the stern, mainly on the rudders. In total, 45 interactions were recorded from July to November 2020. This happened between the  Straits of Gibraltar and north-west Spain (Galicia) including the Portuguese coast”. 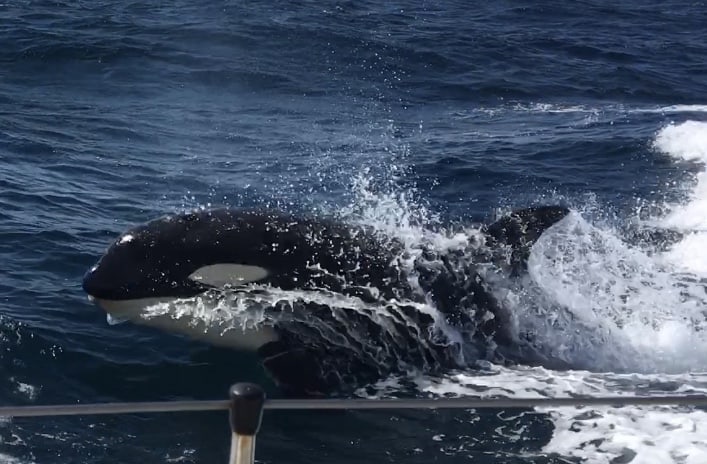 The following guidance exists if you spot Orcas and you wish to approach the mammals for slightly closer observation.

The advice is to do it smoothly, at a speed no greater than 4 knots.  Approach from astern or abeam and at an angle of no less than 30º. During the observation, a parallel course must be maintained. Do not make a sudden course or speed changes.  The advice is to maintain an absolute minimum 60m exclusion zone, preferably 300m.

More information is available on the Iberian Orca website: https://www.orcaiberica.org/safety-protocol