On a recent Halcyon Yachts powerboat delivery, our very own Director Pete Green had an amazing stroke of luck. During his watch he spotted some vigorous marine activity less than a mile away, at the mouth of the River Dart. Being a seasoned ocean sailor and yacht delivery skipper, he has seen plenty of dolphins, sharks and whales in his time and instantly knew that this was something slightly unusual and very special. Large splashes suddenly gave way to a huge distinctive tail, which came high out of the water and was held vertically before plunging back down with a slap. This continued for several minutes before the large animal dived out of sight, re-surfacing approximately a mile away on the opposite side of the boat before disappearing for good.

Acrobatic surfacing is a characteristic of many whales but the Humpback is most renowned for its energetic behaviour. As soon as he had moored up, Pete sent footage to the Sea Watch Foundation, who confirmed that it was indeed a Humpback Whale. There are normally a couple of sightings of these a year, during their June migration from Africa to Iceland, but they tend to be around the Hebrides and it is extremely rare for Humpbacks to be spotted so close to the south coast. In this instance the whale was ‘lobtailing’ which some scientists believe is a method of communication, possibly a sign of aggression. Others think it helps feeding, as the loud noise it generates frightens fish and forces the schools closer together. Either way, Pete’s sighting has excited marine biologists and conservation groups who constantly monitor the recovering population of Humpbacks after years of exploitation by commercial whalers. It could also indicate the improved water quality of our UK shores.

“This was one of the most spectacular things I’ve ever seen at sea, and right on my doorstep,” Pete said. “Remarkable that it was so close to Dartmouth, a place I must have sailed into a hundred times before, and then it swam right underneath us! Let’s hope they become a more regular feature of our waters. All the more reason to keep a sharp look-out!”

Here is Pete Green, the managing director of Halcyon Yachts being interviewed on BBC Radio Devon: 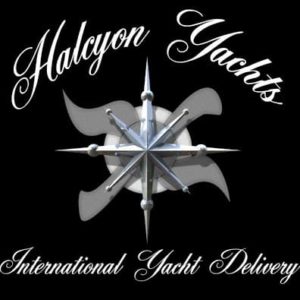