Beta Centauri – The Voyager of Hadar

Beta Centauri is a delightful and quite unique sailing film. For any sailor the film offers blissful escapism as you join Captain Dino Poulson and his young daughter Sasha on their adventure around the world. 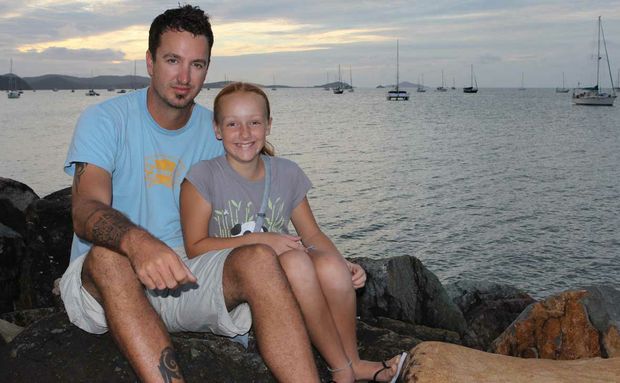 The film has clearly been made on a budget and some of the finesse that you’d expect from a professional film company is lacking, but for me this just adds to the experience. It is not a Hollywood film, it is a raw and gritty film made and edited by the man himself as he explores numerous tropical islands in far flung places. The film is a tribute to how accessible film making has become and it is one of my favourite films of this nature. The music and the detail that has gone into some of the sequences are wonderful and joyous. Enchanting shots of some incredible wildlife and beautiful oceans and skies are the backdrop to this unforgettable journey. The film is both extremely creative and yet informative. Patrick James narrates the film and interjects with little bits of information that help the flow of the film. He also explains certain issues that an inexperienced or non-sailor might not understand, this helps to make the film accessible to any audience. Captain Dino R.Poulson has kindly agreed to join me for an interview:

Pete: Thank you for making such an inspirational film! Can you tell me why you first decided to undertake this passage?

Captain Dino: I was 18 when I saw the ocean for the first time. I knew right then and there that the world was my playground. I thought to myself “I can just go to China right now if I want to”. An overwhelming feeling of independence and freedom took over me. At the age of 22 we bought our first yacht. With a lot of hard work we prepared it for the journey and at 23 we started around the world. My wife was 21 and my daughter was just 1 and half. 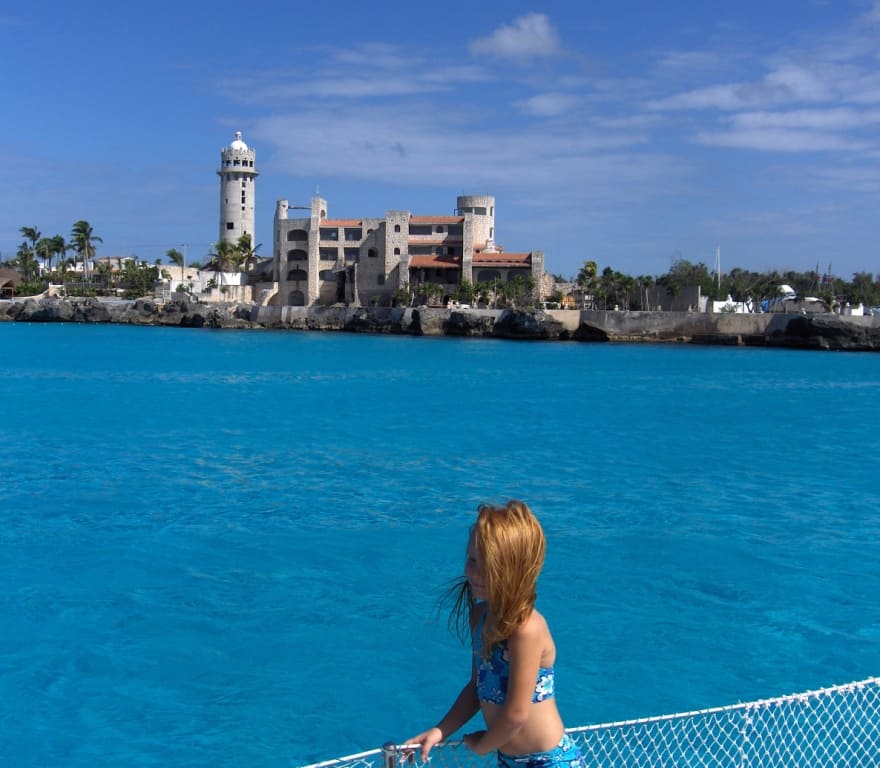 Pete: That sounds like a huge decision to have made! What did your family and friends think about the trip?

Captain Dino: My father and siblings have been supportive; on the opposite side of the spectrum my mother has never been supportive. She wanted me to just buy a house with a white picket fence and live a normal life, but that’s not me. 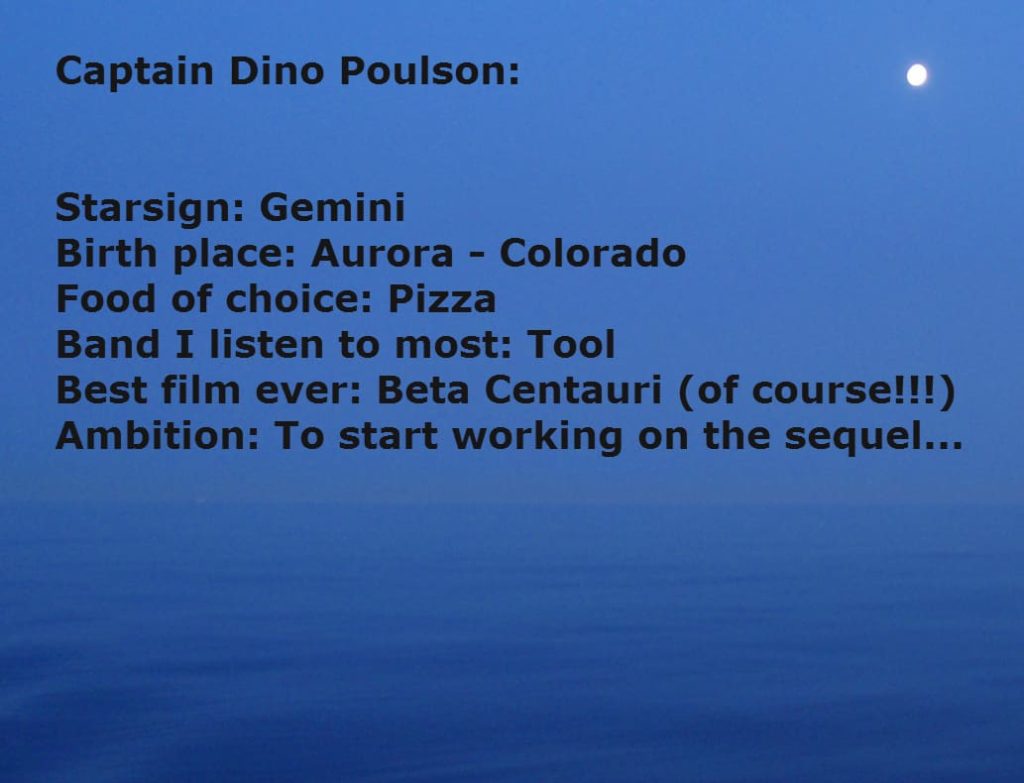 Pete: For a large part of the journey you are under sail alone. How was this for you at the time? I imagine with the added responsibility of looking after your daughter it must have difficult?

Dino: It’s a lot like juggling. You can educate and raise your daughter keep her safe while simultaneously navigating formidable territories through obstacles unknown. I’ve become in tune with every action and reaction, your body becomes knowledgeable fluid to the Sea like a clock. It becomes first nature. 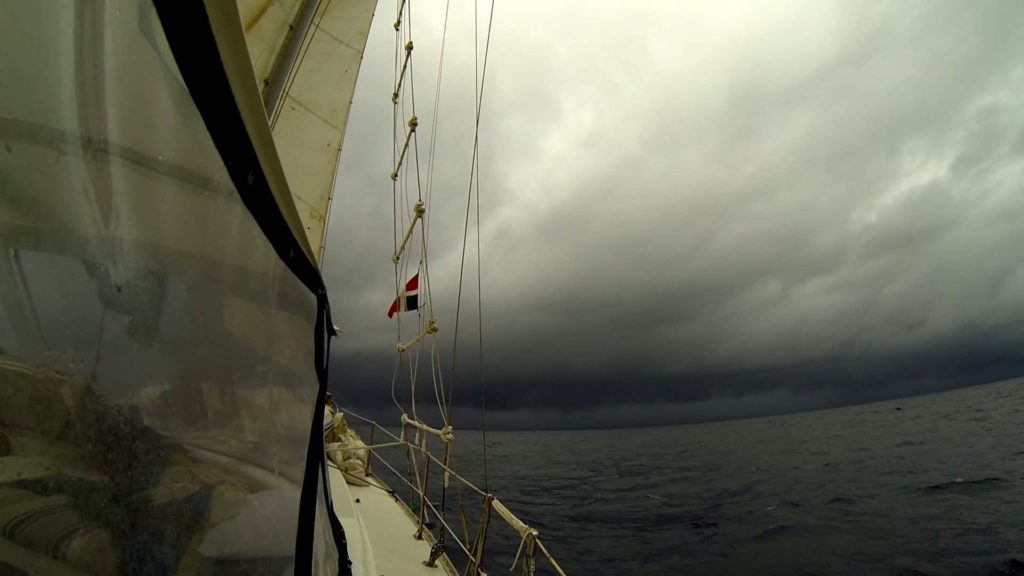 Pete: Was there any particular moment during the trip that really stands out in your mind?

Dino: We were sailing through Mona’s passage by Puerto Rico and my daughter decided to play hide and go seek unannounced to me, then within the few minutes it took me to find her I swear my heart had a plantation! It made me rethink all of my decisions in life in just a few moments. Inevitably she pops her head out and says I’m here Papa. Kids do the darndest things! 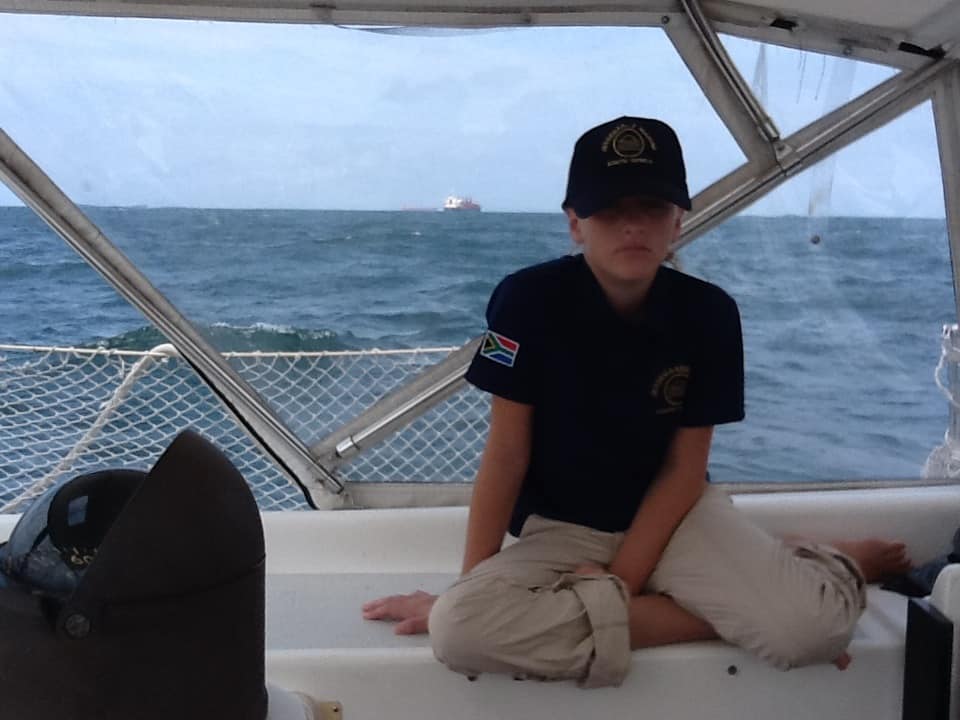 Pete: In the film it comes across that Sasha didn’t have particularly fond memories of the trip. With the benefit of hindsight would you do it again? Is there anything you would have done differently?

Dino: Sasha used to love to sail until she was around 12 years old and then she hit a wall like a runner and just hated everything about it. I still live on my boat and I’m currently outfitting her and getting her ready for another voyage. Sailing is the only life I’ve known as an adult. I don’t think I can do anything else now. I don’t think that I would change any part of the voyage; I would just like to have more money next time – not such a shoestring budget! Pete: And where will the next voyage be?

Dino: to be completely honest I don’t know where the winds will take me next. But I do know they’re calling my soul and I must go somewhere again! Until then I’m just getting Hadar outfitted and ready to go. Cuba seems inviting; we’ll see what happens with the legalization and everything.

Pete: Thanks Dino, I wish you all the best and look forward to seeing the next film!

Halcyon Yachts Ltd is a dedicated international yacht delivery specialist with highly experienced and qualified crew. For more information or to see details of their recent deliveries please visit www.halcyonyachts.com